If you have been following the assault on working families, labor unions, and public education over the past several years then you probably know what the slogan “It Started in Wisconsin” means. For those of you who haven’t really been paying attention but are just starting to connect the dots between the defunding of your community schools, the American Legislative Exchange Council, the Koch Brothers, and the lastest round of “right-to-work” legislation, well it’s time to turn your eyes to Wisconsin – again.

At noon today, labor unions, students, and Wisconsinites will once again converge on the state Capitol in an attempt to stop Gov. Scott Walker and his right-wing legislature from pushing through “right-to-work” legislation — the most brazen anti-union bills yet. If you are enjoying the race-to-the-bottom, never mind. Go back to whatever you were doing. If you’ve had enough, then get up to speed on what’s about to happen in the Badger state.

Take a few minutes and check out “Grim-Faced Union Leaders Ready for the Fight Over Right to Work,” over at the Center for Media and Democracy’s website. Here’s a little sample:

Wisconsin state legislators will meet in an “extraordinary session” today in order to take up so-called “right to work” legislation, a bill straight from the American Legislative Exchange Council playbook.

“This is something that once again could jump-start the state’s economy,” Senate Majority Leader Scott Fitzgerald (R-Juneau) said on Friday, but the explanation does not pass the laugh test. Governor Walker’s Act 10 legislation and draconian budget bill from 2011–which eviscerated public-sector unions, slashed spending on public programs and lavished tax breaks on corporations–was also supposed to “jump-start” the economy. Walker’s bill to “reform” the tort system by preventing consumers from suing corporations that cause injury or death was supposed to unleash the economy. And businesses were supposed to flood back into the state after the 2012 recall election, said Walker. But Wisconsin is still waiting, languishing number 32 out of 50 states in new job creation, the worst performance in the Upper Midwest.

Then head on over to the Facebook page of Wisconsin Rise Up for up-to-the-minute updates on the push back.

The Wisconsin “right-to-work” legislation is happening at the same time that Republicans right here in Pennsylvania are attempting to pass the first step to “right-to-work” in what they are calling a “paycheck protection” bill. We’ll have more on that this week. It may have started in Wisconsin, but it’s knocking at our doors right now. 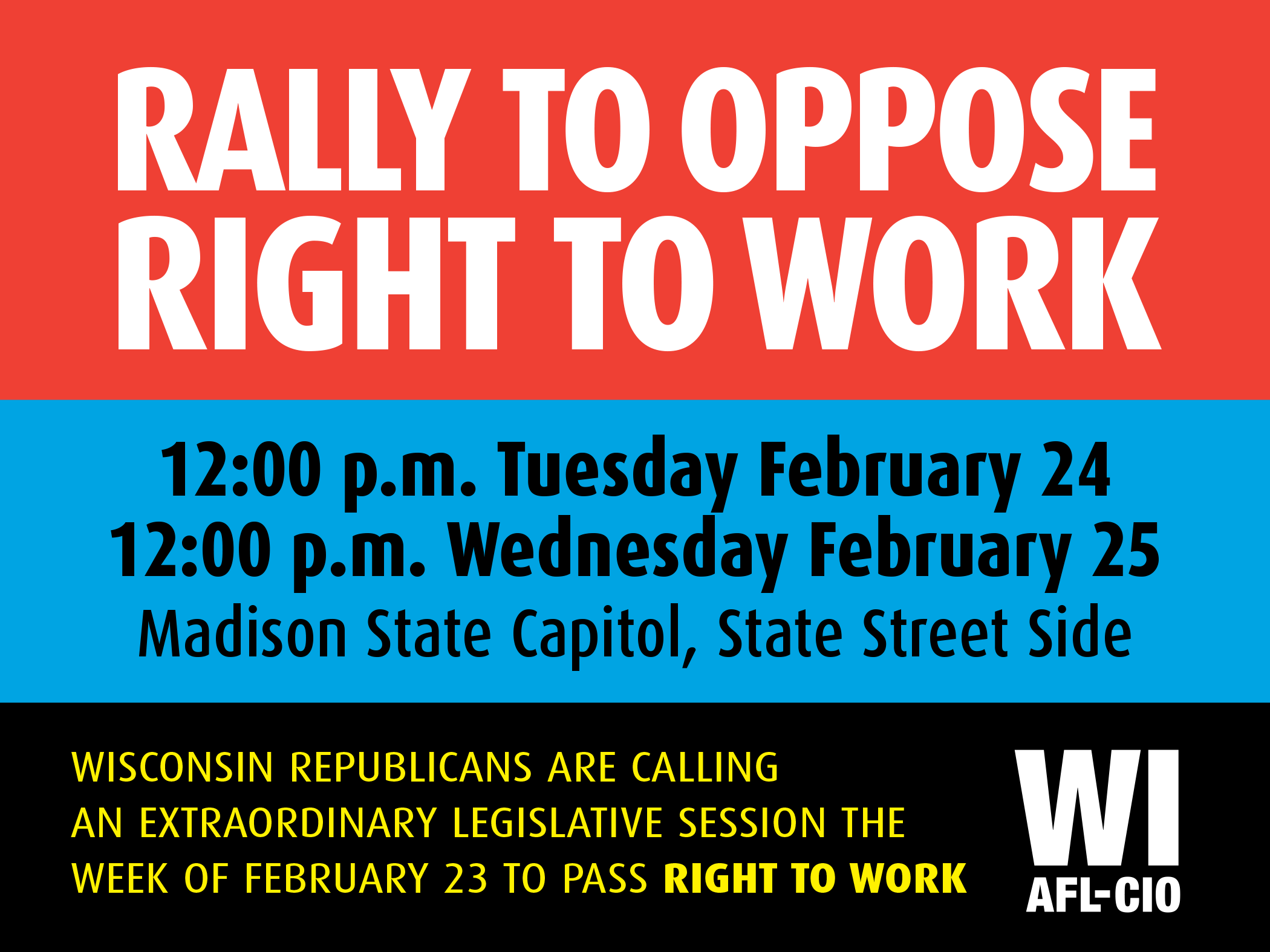