At the ceremony honoring retiring senator Harry Reid, former senator and candidate for President of the United States, Hillary Clinton, took time during her remarks to talk about the proliferation of fake news and it’s real world consequences.

The former candidate brought up what is now known as Pizzagate, a fake news story where it was alleged and quickly disproved that Clinton along with many other high profile people were running an illicit, devil worshiping, child sex ring out of the back of a Washington D.C. Pizza shop. The story influenced a man to go investigate…with an assault rifle.

“Fake news can have real world consequences … Lives are at risk,” she said. Clinton went on to say that both the private and public sector need to take this issue head on. She even dropped the idea that the government should put out legislation to combat fake news. This plays right into Donald Trump’s hands.

The progressive news outlet, The Young Turks, had an interesting take on Hillary’s statements. Founder and host Cenk Uygur brought up the fact that the Clinton campaign still refuses to admit that the reason they lost wasn’t fake news; it was that she was in the pocket of Wall Street and people–who normally would vote democratic–couldn’t bring themselves to vote for her or vote at all for president.

Uygur brings up how before the election, we hardly even new about fake news. He also mentions how the perceived scale is all wrong. 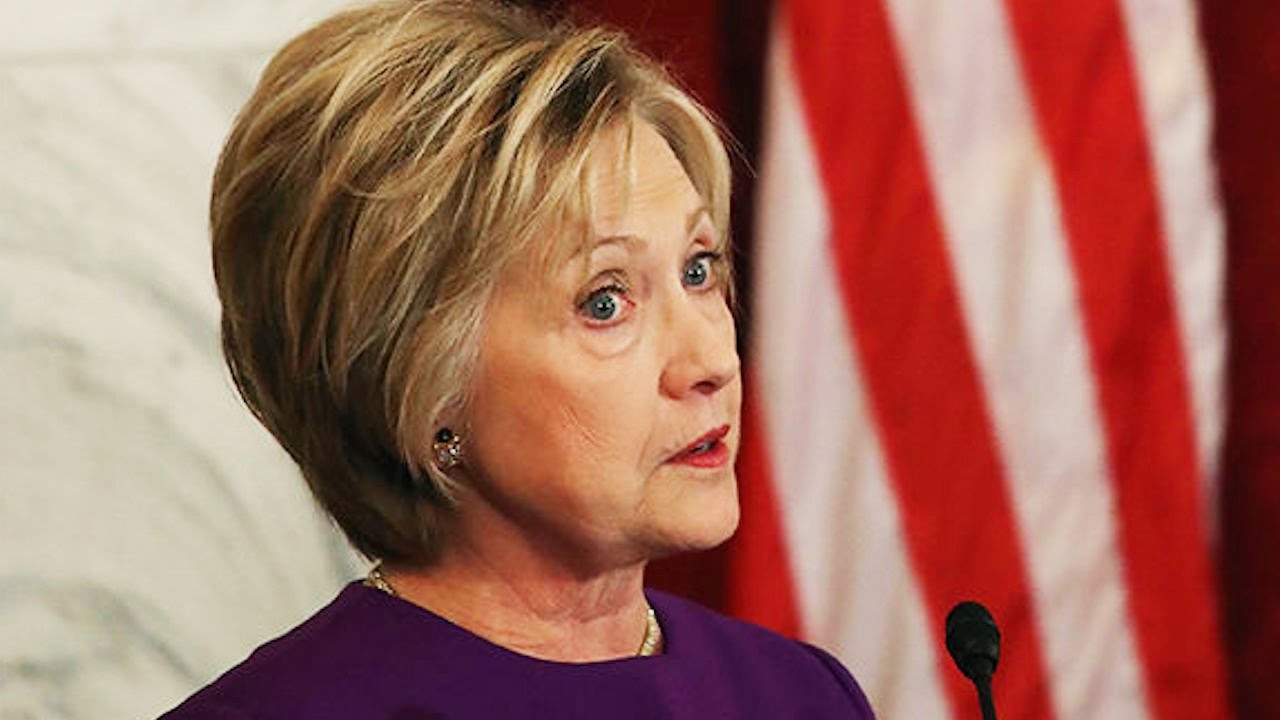 Those who know me, know that I’m about as fervent a supporter of the 1st Amendment as people are of the 2nd Amendment. I’m a very big supporter of free speech, even when I don’t agree with it or find it disgusting. Yes, that includes people who say horrible things about minorities. It’s their right to say it. I think it’s horrible and they should do some soul searching to see why they have those feelings.

Is fake news an issue? Yes. Did it sway the election? Maybe. Does it need to be dealt with? Absolutely. Does the government need to have a hand and draft new laws? Absolutely NOT!

Google, Facebook, Twitter, LinkedIn– the list goes on–all have the responsibility to deal with this. But when the government makes laws to combat what it thinks is fake news, we’re going down a slippery slope.

Government legislation could lead to undue accusations against REAL news stories in which the subject of a story doesn’t like what’s written. It’s ripe for abuse and corruption. And, did I mention it possibly goes against the 1st Amendment of the Constitution that reads:

Congress shall make no law respecting an establishment of religion, or prohibiting the free exercise thereof; or abridging the freedom of speech, or of the press; or the right of the people peaceably to assemble, and to petition the government for a redress of grievances.

So What Do We Do?

Okay, so since we’re not going to let government legislate the freedom of speech away, what can we do? We can pressure private businesses who directly and indirectly spread fake news, to do something about it. It is on the private sector to deal with this.

What I worry about is that if legislation is introduced, ratified and put into law, the side effect will be a less free society, a quashed press, and maybe even a dip into overall censorship.

Remember who our president-elect is. Donald Trump has said he wants open up libel laws. Now he has an unexpected ally in this — Hillary Clinton.

I expect some interesting responses. I look forward to the discussion in the comment section. Also, feel free to email me at seth@rcpress.org.

About Seth Goldstein 26 Articles
Seth is an independent journalist based in Bucks County, PA. He has written for newspapers across the state. He is also the Web Editor for Raging Chicken Press. You can email him directly at Seth@RCPress.org. Also check out his "non-regularly scheduled" audio show "Seth Goldstein Reporting" on Anchor.FM
Contact: Website Facebook Twitter