There is good reason to join in the chant. For we see the effects of many who do vote according to their religion. And the first effect we see is intolerance. Those who are of a different faith than that of those in power all too often suffer oppression. This is as true in the West as it is in the East. It is true whether the religion of those in power is Islam, Judaism, or Christianity. When religion dominates politics, people suffer. 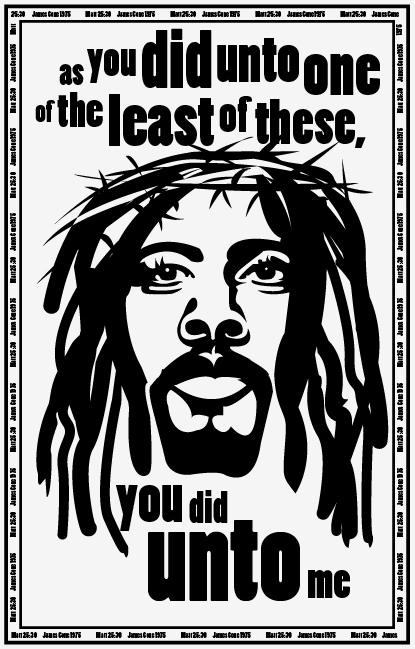 In America, a legitimate fear is expressed by those who are afraid that Conservative Christians will run the country on “Biblical” values. These values cannot be reduced to a particular abortion position. This is because there are some Conservative Christians who want to dictate how the poor will or will not be helped, what rights those who have different religious beliefs can have, what gender can marital partners be, and what foreign policies we should pursue. Some legitimate concerns cause others to claim that such Conservative Christians makeup the “Christian Taliban” referring to the harsh and brutal Taliban rule that existed in countries like Afghanistan.

But those who want religion and politics to separate might be wearing blinders here. For one only needs to point out that the political reforms that Martin Luther King advocated were based on his religious views. And who could object to laws based on King’s belief in equality and the dignity of human life?

I will only quickly comment on a few Scriptures and how they, IMO, obligate us to advance certain kinds of policies. The first Scriptures we should consider are Isaiah chapters 58 and 59. Chapter 58 tells us how it isn’t the shortage of religious ritual behavior that concerns God, it is that this behavior has been used as a veneer to cover-up living selfishly rather than living selflessly. Isaiah 58 tells us that people practice fasting, but it is not to the glory of God. In contrast to merely fasting or following other practices, God wants His people to take care of those in need. To do so is to experience personal salvation. To continue to live selfishly is to promote the dystopia rid of all justice described in chapter 59. “Truth has fallen in the streets” because everybody seeks to use deception in administering the law.

One way to answer the latter question is to quip, if misery loves company, then the answer must be yes. This is because we have more people who are living in or near the poverty level since Obama has become president. And we should only note that, in 2008, candidate Obama never expressed a concern for the poor. His claim to fame was to be a defender of those in the Middle Class though he was more dependent on the upper class for campaign contributions.

Isaiah chapters 58 and 59 are all too clear. That until we go out to help those who are in need, regardless of our religious claims about ourselves, we are in darkness. And at this point, we need to consider what Martin Luther King said when talking about the Vietnam War. He stated that it was not enough that we toss a little money to those in need. We must challenge the system that causes all of the hardship.

If what King said is valid, how can I vote for any Republican or Democratic candidate who wants to maintain the current socio-economic system that makes so many people suffer? For most of the Republicans are in favor of making the current system even more cold-hearted than it is today. Meanwhile, Democrats only want to take the edge off of the current system rather than changing it. Thus I will vote for either the Socialist candidate, Stewart Alexander, or the Green Party candidate, Jill Stein. No other candidates want to make the necessary changes to the current system that put the right priority on those in need Alexander and Stein.

Likewise, I will use my Christian Fundamentalist beliefs to dictate what foreign policies my country should have too. What beliefs am I talking about here? I am thinking specifically of the 2nd chapter of Romans where we are warned not to judge others because we are practicing similar, if not the same, sins.

Many times has Noam Chomsky described the above problem with regard to U.S. policies. Specifically, Chomsky states that we must follow the principle of universality by refraining from doing to others what we consider them doing to us is wrong. That is, we must all abide by the same set of rule. Such a view faces off the belief in American Exceptionalism. And here again, I find that my Fundamentalist beliefs preclude me from voting for either Romney or Obama because both believe in such exceptionalism. In fact, a belief in American Exceptionalism has deceived President Obama into believing that he can create a kill list that he can use to execute anyone else without sinning.

Certainly Obama is not the only candidate who believes in American Exceptionalism, Romney might even prescribe to a stronger belief than Obama. That means that Romney could very well conduct even more egregious sins than Obama has.

There are other religious beliefs to consider than the two I just mentioned. But they seem sufficient. For if I carry these religious beliefs with me into the voting booth, I will be required to vote for someone other than anyone who belongs to the two major parties.